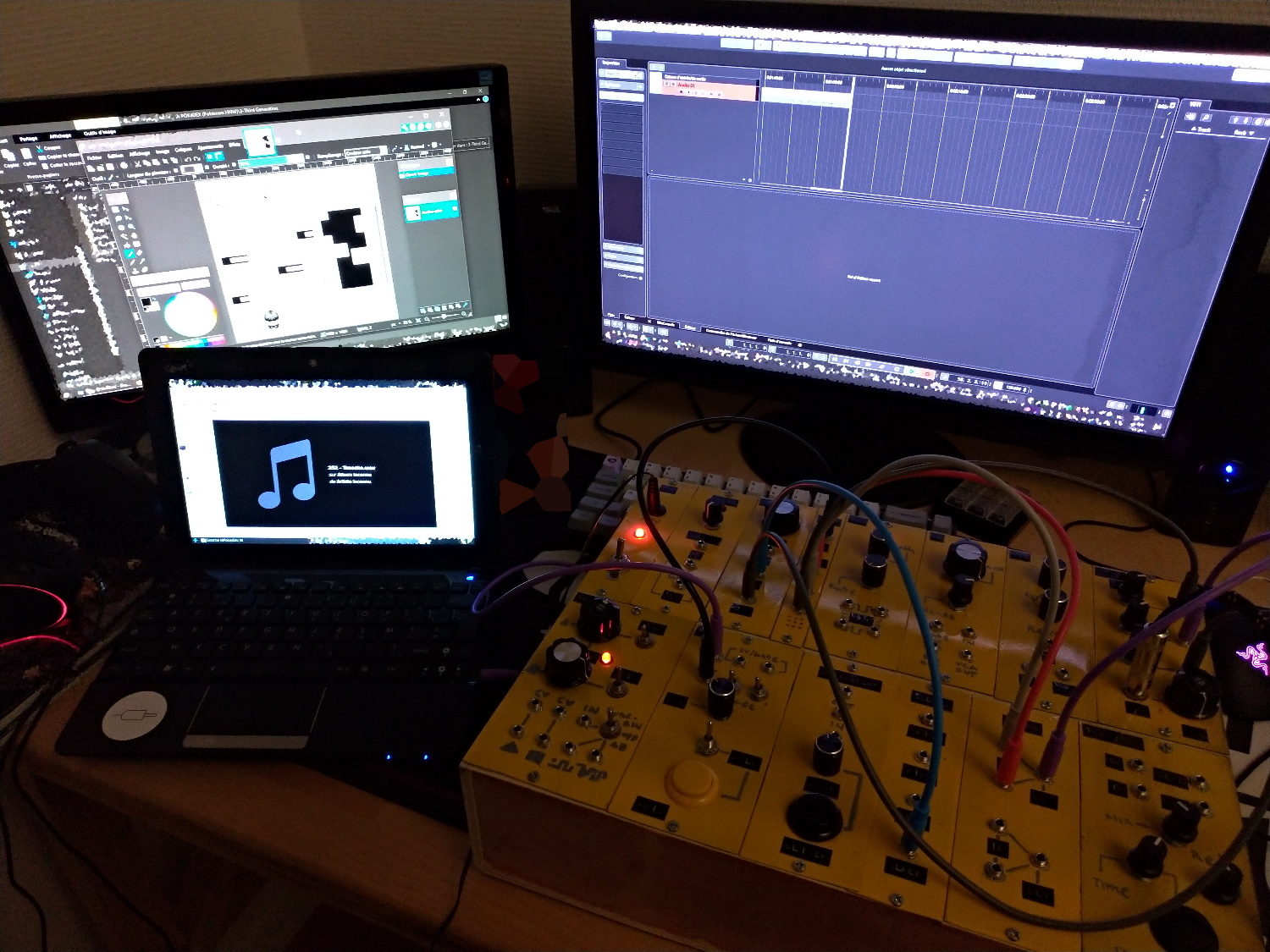 New serie for h POKéDEX, with the battle themes of the first generation, released by N's Castle netlabel, a noise netlabel who use only Pokémon theme (check all the release, the're awesome).

Business as usual, I use the music of battle in the first generation and I destroy them (import the wav file as raw data and stretch them). Then I use the sound as source with the same setup for all the wall. Difference between the track are very subtle (more than usual...). But I like the result.

Here we are, the second generation of h POKéDEX, with 100 pokémons in it.

Concept is the same as the first generation, each Pokémon cry was stretch as fuck and used as source in HNW setup, always the same for all the Pokémon.

Each wall is pretty similar and that's the point, the album was built to made a great wall with subtle variations (precisely one hundred of them).

I hesitate about the fact of publishing one Pokémon by one, like I did for the first generation, but finally I just released all the walls at once!

Hope you like it! Or not. I don't really care

As I say sooner this week, there is the Town Serie of h POKéDEX

I'll make this for the Town Serie soon, enjoy!